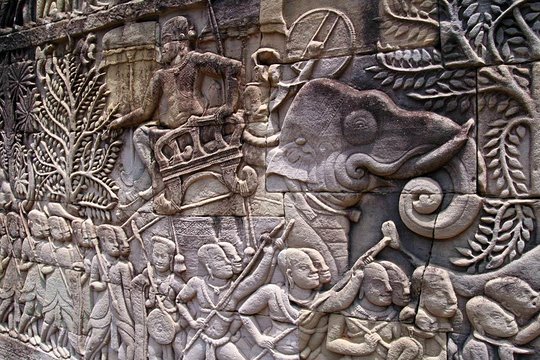 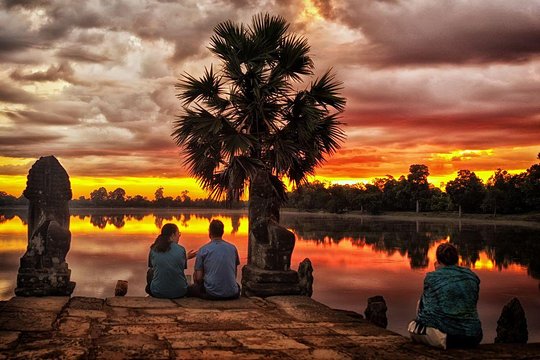 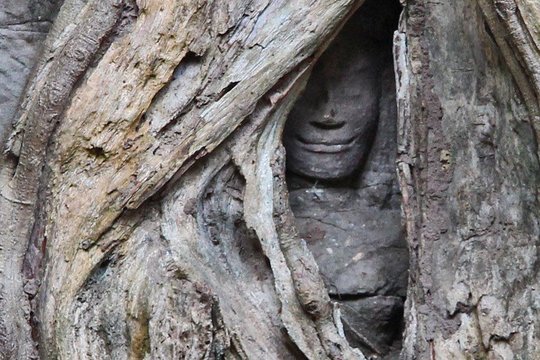 Stop At: Angkor Thom South Gate, Siem Reap Cambodia
After get your ticket done at the ticket counter, start to explore the amazing Angkor Thom, Bayon group. South gate of Angkor Thom along with a bridge of statues of gods and demons. Two rows of figures each carry the body of seven-headed Naga. One of the most spectaculars entrance of Angkor Thom among the five entrance.
Duration: 20 minutes

Stop At: Bayon Temple, Angkor Thom, Siem Reap Cambodia
The Bayon is a richly decorated Khmer temple at Angkor in Cambodia. Built in the late 12th or early 13th century as the state temple of the Mahayana Buddhist King Jayavarman VII, the Bayon stands at the centre of Jayavarman's capital, Angkor Thom.
Duration: 2 hours

Stop At: Baphuon, Angkor Archaelogical Park, Krong Siem Reap, Cambodia
Ba Phoun temple is a temple located in Angkor Thom ancient city built in the mid-11th century, it is a three-tiered temple mountain built as a capital of King Udayadityavarman II and devoted to a supreme god Shiva. It is the original of the Baphuon style with complex carvings covering every available superficial. The temple connects the southern enclosure of the royal palace and measures about 120 meters east-west by 100 meters north-south at its base and stands 34 meters tall without its tower, which would have made it roughly 50 meters tall. Spend you most valuable time exploring the amazing mountain temple of Baphoun before continuing to another temple.
Duration: 30 minutes

Stop At: Terrace of the Leper King, Angkor Thom, Siem Reap Cambodia
Royal of the king leper was built in the Bayon style under Jayavarman VII, though its modern name derives from a 15th-century sculpture discovered at the site. The statue depicts the Hindu god Yama, the god of death. The statue was called the "Leper King" because discoloration and moss growing on it was reminiscent of a person with leprosy, and also because it fit in with a Cambodian legend of an Angkorian king Yasovarman I who had leprosy. The name that the Cambodians know him by, however, is Dharmaraja, as this is what was etched at the bottom of the original statue.
Duration: 30 minutes

Stop At: Terrace of the Elephants, Angkor Thom, Siem Reap Cambodia
The Terrace of the Elephants is part of the walled city of Angkor Thom, a ruined temple complex in Cambodia. The terrace was used by Angkor's king Jayavarman VII as a platform from which to view his victorious returning army. It was attached to the palace of Phimeanakas, of which only a few ruins remain.
Duration: 30 minutes

Stop At: Ta Prohm, National Road #6 Angkor Archaeological Park, Siem Reap 17252 Cambodia
Ta Prohm is the modern name of the temple at Angkor, Siem Reap Province, Cambodia, built in the Bayon style largely in the late 12th and early 13th centuries and originally called Rajavihara. Then, later is little known as Tomb Raider temple due to the Hollywood movie was filmed inside the temple.
Duration: 1 hour

Stop At: Angkor Wat, Sangkat Nokor Thum, Siem Reap Cambodia
Angkor Wat, the iconic of Cambodia and the world largest religious monument in the world. The temple is the spirit of Cambodia indicating Hinduism, was built by 1113. This is a mus-visited temple for all travelers.
Duration: 2 hours

Stop At: Preah Khan, Angkor Wat, Siem Reap Cambodia
Preah Khan is a temple at Angkor, Cambodia, built in the 12th century for King Jayavarman VII to honor his father. It is located northeast of Angkor Thom and just west of the Jayatataka baray, with which it was associated. It was the centre of a substantial organisation, with almost 100,000 officials and servants.
Duration: 2 minutes

Stop At: Neak Pean, Angkor Wat, Siem Reap Cambodia
Neak Pean at Angkor, Cambodia is an artificial island with a Buddhist temple on a circular island in Jayatataka Baray, which was associated with Preah Khan temple, built during the reign of King Jayavarman VII. It is the "Mebon" of the Preah Khan baray.
Duration: 1 minute

Stop At: Ta Som, Angkor Archaeological Park Cambodia
Ta Som is a small temple at Angkor, Cambodia, built at the end of the 12th century for King Jayavarman VII. It is located north east of Angkor Thom and just east of Neak Pean. The King dedicated the temple to his father Dharanindravarman II who was King of the Khmer Empire from 1150 to 1160.
Duration: 1 hour

Stop At: Pre Rup, Siem Reap Cambodia
Pre Rup is a Hindu temple at Angkor, Cambodia, built as the state temple of Khmer king Rajendravarman and dedicated in 961 or early 962. It is a temple mountain of combined brick, laterite and sandstone construction. The temple's name is a comparatively modern one meaning "turn the body".
Duration: 40 minutes

Stop At: Eastern Mebon, Angkor, Siem Reap Cambodia
The East Mebon is a 10th Century temple at Angkor, Cambodia. Built during the reign of King Rajendravarman, it stands on what was an artificial island at the center of the now dry East Baray reservoir. The East Mebon was dedicated to the Hindu god Shiva and honors the parents of the king.
Duration: 40 minutes

Stop At: Srah Srang, Siem Reap Cambodia
Srah Srang is a baray or reservoir at Angkor, Cambodia, located south of the East Baray and east of Banteay Kdei. It is a former Royal Bathing place for the king and queen during the great Khmer empire.
Duration: 40 minutes

Please provide pick up information such as Full name, hotel name, hotel address, hotel contact and messenger ID while booking. Our team will re-sure with you again after the booking is confirmed!
Duration
2 days
Inclusions
Exclusions
Show More
Additional Info
Cancellation Policy
For a full refund, cancel at least 24 hours in advance of the start date of the experience.

chrislock
Glasgow, United Kingdom
165
Breathtakingly beautiful experience
After the initial fear of being up so high, I thoroughly enjoyed this trip.....silent, apart from the noise of the…
Read more

kuwarogs
10
Excellent
On time, sent confirmation messages through whatsapp. Car is clean and smells nice. Only comment is, the picture…
Read more

finnes1834
10
Great fun. Highly recommend it.
We had heaps of fun painting with Em. He made it super easy for beginners like us. The end products looked really…
Read more 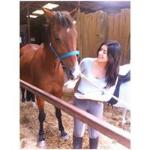 NadiaTory
94
Good and reliable.
We booked at the last minute. The company communicated well to us. Our driver was on time and delivered us safely…
Read more

himsonharry
20
Safe and Comfortable Transfer ever
What a good service ever! Driver waiting at the exit with big welcome sign with the name on it. The driver is…
Read more