Private 2-Day Tour in Transylvania from Bucharest Hotel Pick-up and Drop off
By: Transylvania Discovery Tours 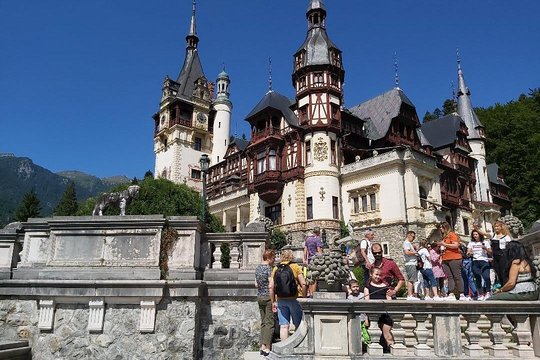 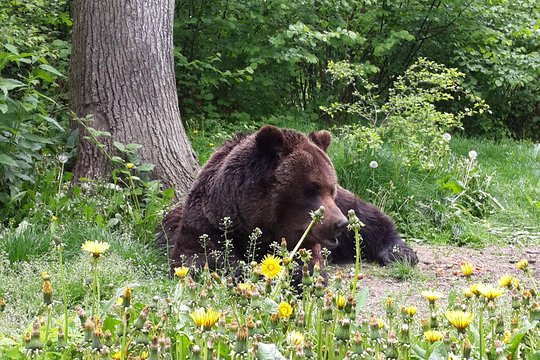 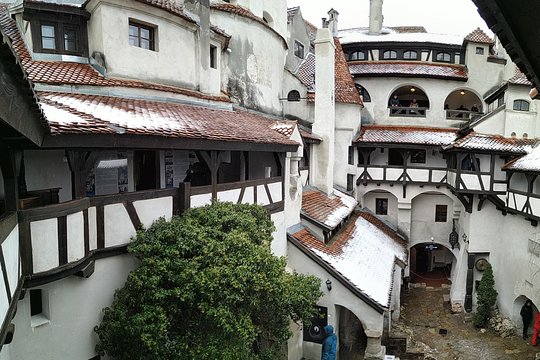 Stop At: Peles Castle, Str. Pelesului 2, Sinaia 106100 Romania
Visit Peles Castle in Sinaia Town- the former royal summer residence and the most beautiful castles in the world! To get to Peles Castle you will enjoy the beautiful landscape by crossing the Carpathian Mountains. You'll learn about Romanian history and the Royal Family.
Duration: 1 hour 25 minutes

Stop At: Bran Castle (Dracula's Castle), Str. General Traian Mosoiu nr. 24, Bran 507025 Romania
We continue our trip to the famous Bran Castle. Also called Dracula's Castle, it is situated at the entrance of Bran-Rucar pass. A remarkable architectural, the monument was built between 1377-1382 on a rock 60 m

Time for lunch is allocated for 1 hour and 30 min. Traditional lunch can be arranged in Bran village.
Duration: 1 hour 30 minutes

Stop At: Rasnov Citadel, Unirii Square no. 12, Rasnov 505400 Romania
Later in this tour, we travel, to the town which, besides Rasnov picturesque streets with medieval houses orderly arranged, will enchant you with its gorgeous Rasnov Fortress.

Rasnov Fortress is one of the best-preserved peasant fortresses of Transylvania and was built in 13-14 centuries by the inhabitants of the settlement with the same name.
Duration: 1 hour

Stop At: Libearty Bear Sanctuary Zarnesti, DN 73A km 6 - near the entrance in Zarnesti from Rasnov, Zarnesti 500075 Romania
Visit the Bears Sanctuary - an amazing place for such beautiful animals! This " 5 stars all inclusive resort " for bears hosts around 100 rescued bears from captivity. They have a chance for a new and better life now! Taking pictures is allowed.
Duration: 1 hour 10 minutes

On an island in the middle of Snagov Lake, lays the monastery with the same name. Built around the time of Vlad the Impaler’s grandfather, Mircea the Old, the monastery has become famous as the burial place of the king of Walachia who would become the inspiration for Bram Stoker’s Dracula.Peasants talk about the “hidden treasures” of the Impaler. Sensing death, Vlad had them make cast-iron barrels in which he placed silver, gold and precious jewels; he then ordered the course of a river to be diverted by a dam (perhaps the Dambovita river) after getting rid of the riches, he gave free flow to the river and all the peasants involved were IMPALED!

Visitors who cross the lake by boat or over the bridge, reach the quiet, remote monastery that brings the legend alive! One can pay his respects at Dracula’s tomb, located at the altar footsteps, and admire the beautiful frescoes, some of which go as far back as the 15th century. Locals tell stories about a different church that existed here, which fell into the lake together with its steeple, during a storm. When the wind blows they say you can hear a chime rising from the bottom of the lake.

When coming here travellers understand why it was used as a refuge as well as a prison… As for the vampire hunters…what better place to end a trip to Romania than the legendary burial place of the count of all counts: Count Dracula?!
Duration: 1 hour

Traveler pickup is offered
Pick-up and drop-off from all the hotels in Bucharest.

Write a review
About the operator

johndJ8197CV
Al Muharraq, Bahrain
80
Highly Recommended....Best tour guide
My Wife and I had visited Romania, celebrating our 4 year anniversary...We stayed in Bucharest for a day and head…
Read more

MaritzaWehr
20
The perks of off-season
We spent a wonderful non-rushed, laid back, casual day full of informative trivia. Thank you Bogdan for your…
Read more 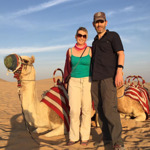 Frances N
Toms River, New Jersey
60
Amazing Transylvania
My husband and I took a four night Transylvania tour with Adriana and could not have enjoyed it more. Our…
Read more

Chris R
20
Awesome tour!
This was a great visit. Our guide was extremely knowledgeable and even showed us some good Romanian food. I would…
Read more 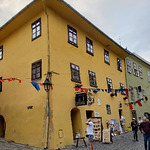 justingV5636CR
Calgary, Canada
316
Amazing tour
We took this tour with Mimi. She was so great. So much knowledge and very fun to travel with. Would recommend her…
Read more 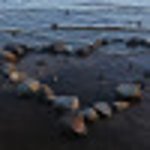 Robert B
30
Excellent Trip!
This was a great experience! Bogdan was a fantastic guide - very informative, fun to spend the day with and knew…
Read more

Jet551413
Grand Junction, Colorado
30
Wonderful!
We had a wonderful introduction to Transylvania with Bogdan Ghenoiu of Transylvania Discovery Tours. We were able…
Read more

jodiecree
Manchester, United Kingdom
31
All worth a visit!
Had a brilliant day, very informative tour all because my guide Mimi was so knowledgeable and lovely! Would highly…
Read more

mplexo
30
Amazing experience.
This is one of the best things to do in Brasov, the tour guide was amazing, she knew everything we wanted to know.…
Read more

jazy2019
10
Custom-made tour
I highly recommend Bogdan’s services for anyone coming to Braşov, especially if it’s your first time here. He is…
Read more

unmuktar
10
C.V. Suresh
We had a wonderful trip from Braşov of the Bran castle, Brancoveneau Monastery, Sighişoara and the beautiful…
Read more