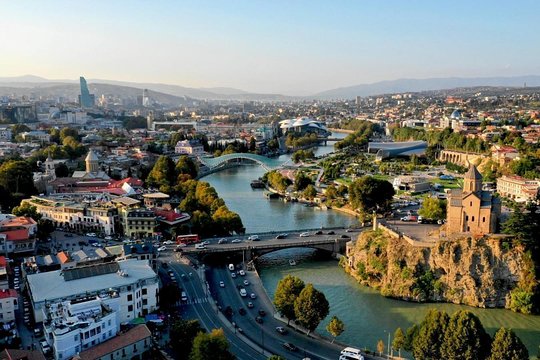 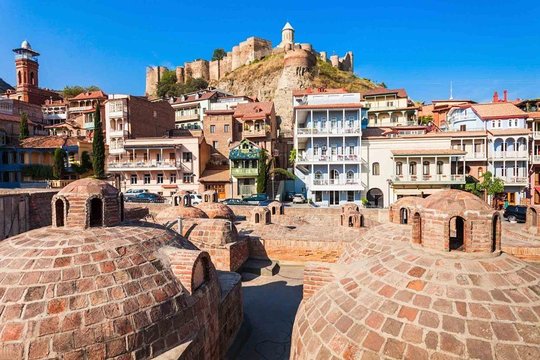 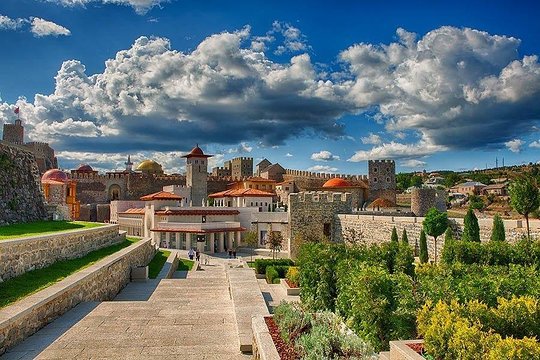 Select Date and Travelers
From
$507.00
Date
2 travelers
Options
Free Cancellation up to 4 days in advance
Low Price Guarantee
No Booking Fees
Overview
What to Expect
Itinerary

No meals included on this day.
Accommodation included: Overnight in Tbilisi, provided 3* hotel.

Stop At: Narikala Fortress, Tbilisi Georgia
We continue our route up to the Narikala Castle and overlook Tbilisi from the opposite sight. Here we observe peculiarity of Tbilisi – the harmony of city life and nature.
Duration: 30 minutes

Pass By: Mtskheta, Mtskheta, Mtskheta-Mtianeti Region
Mtskheta that is ancient religious Centre. The town is included in the list of UNESCO. Here, in the 4th century, Georgia was officially converted to Christianity by Saint Nino, a young woman from Jerusalem.

Stop At: Svetitskhoveli Cathedral, Arsukidze, Mtskheta 383400 Georgia
Under the main church Svetitskhoveli (the life giving pillar) is buried the Robe of the Christ, one of the most important relic of Christian world. Because of this and many facts Mtskheta has a role of the main pilgrimage cites of Georgia.
Duration: 20 minutes

Stop At: Jvari Church, Mtskheta Georgia
Jvari Monastery- the masterpiece of Early Christian Orthodox architecture, that is dated 585-604 cc AD. Located on the hill top near the town Mtskheta, from where there is spread breathtaking view.
Duration: 25 minutes

Meals included:
• Lunch: After Tbilisi city tour there will be lunch with cooking master classes of Khinkali, Khachapuri and barbecue.
• Dinner: After Mtskheta city tour in the evening there will be dinner with Georgian folk show program.
Accommodation included: Overnight in Tbilisi, provided 3* hotel.

Day 3: Excursion to the homeland of wine - in Kakheti

Stop At: Bodbe Monastery of St. Nino, Signagi Georgia
Then visit Bodbe Monastery – a convent in a very beautiful nature with the view of river Alazany valley. Bodbe is one of the most important pilgrim place, because there is a tomb of Saint Nino, who converted Georgia in Christianity.
Duration: 30 minutes

Stop At: Sighnaghi, Sighnaghi, Kakheti Region
Sighnaghi city tour.Signagi, (a city of love) is a nice touristic town with amazing view of river Alazani Valley and Caucasian mountains. Signagi is Turkish word meaning “a shelter”. It was built in 18th century by a famous king of Kakheti Erekle II to defend surrounding villages from North Caucasian Muslim peoples.
Duration: 1 hour

No meals included on this day.
Accommodation included: Overnight in Tbilisi, provided 3* hotel.

Stop At: Vardzia, Erusheti Mountain, Aspindza 383770 Georgia
Excursion to Vardzia, an ancient city one of the clear examples of the golden age. It is six floor complexes of caves, tunnels, a monastery, bathes, libraries.
Duration: 40 minutes

Stop At: Rabati Castle, Akhaltsikhe Georgia
Excursion in Akhaltsikhe - to the Rabat fortress - this is castle in the city, which includes the historical museum of the Samtskhe-Javakheti region, the church of St. Marina, the Haji Ahmed Pasha Mosque (Ahmediye), the Madrasah, the tomb of Pasha and the Orthodox Church.
Duration: 40 minutes

No meals included on this day.
No accommodation included on this day.
Show More
Important Information
Departure Point
Rose Revolution Square, T'bilisi, Georgia
Departure Time
9:00 AM
Duration
5 days
Return Details
Returns to original departure point
Inclusions
Show More
Additional Info
Cancellation Policy
If you cancel at least 4 days in advance of the scheduled departure, there is no cancellation fee. If you cancel within 3 days of the scheduled departure, there is a 100 percent cancellation fee. 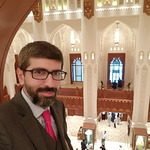 rezasattarzadeh
Muscat, Oman
767149
Best museum in town
This museum is arguably one the best in Tbilisi and is highly recommended if you're into knowing the history of…
Read more
Key Details
Why Book on TripAdvisor?
Travelers Also Viewed
6 Day Group Tour In Georgia
from $234.00*
4 days tour TBILISI - MTSHETA...
from $420.00*
A midsummer daydream in Georgia/7 days
from $762.00*
Special Offer
The Places We'll GO
from $322.45*
$403.07
Frequently bought together
Full day tour to Kazbegi
214 Reviews
from $25.00*
Mtskheta-Jvari Gori-Uplistsikhe
289 Reviews
from $29.00*
Crazy Group tour to kazbegi
340 Reviews
from $34.00*
Likely To Sell Out
Tbilisi Walking Tour with Cable Cars...
139 Reviews
from $20.00*
More options from World Express
See all
Simon Janashia National Museum of...
1 Review
from $5.00*
The National Gallery of Georgia...
from $2.65*
One day in Stalini home town and...
from $340.00*
Private transfer by mini-van
from $37.00*
Shop Tickets And Tours(1518)
Shop Now
Food, Wine & Nightlife
Private & Custom Tours
Day Trips & Excursions
Cultural & Theme Tours
Transfers & Ground Transport
Outdoor Activities