Private Nicea and Bursa Tour from Istanbul
By: Travelium
1 review 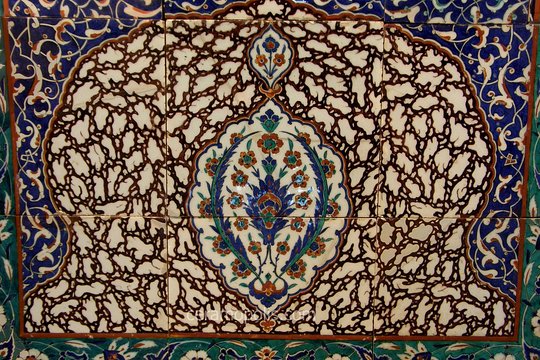 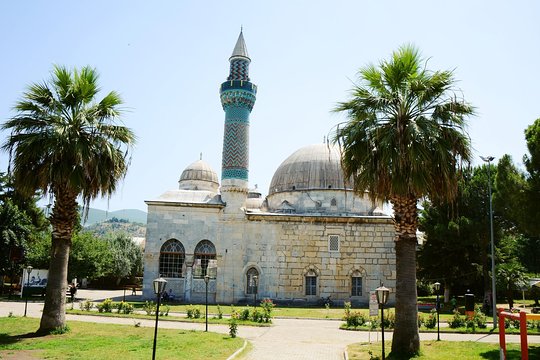 Select Date and Travelers
From
$320.00
Date
2 travelers
Options
Free Cancellation up to 24 hours in advance
Low Price Guarantee
No Booking Fees
Overview
Highlights
What to Expect
Begin the tour with a morning departure from your Istanbul hotel. Ride the ferry to the nearby town of Yalova, then hop in a car for a 45 minute drive to İznik (Nicea), passing through beautiful countryside as you go. In İznik, see the ruins of the Haghia Sophia of Nicea and the City Walls, as well as the Green Mosque. The city has a rich history: it was conquered and incorporated into the Ottoman Empire in the 14th century and later became a major center for local faïence pottery (known as the İznik Çini, Çin meaning China – Chinese porcelain stood in great favor with the Sultans.) İznik tiles were used to decorate many of the mosques in Istanbul designed by Sinan.

After İznik, head to the town of Bursa in the northwestern slopes of Mount Uludağ, in the southern Marmara Region. Bursa is frequently cited as "Green Bursa", thanks to the many parks and gardens located throughout the city, as well as the vast forests that surround it. The first major capital city in the early years of the Ottoman Empire, Bursa kept its importance as a commercial center, especially as the source of most royal silk products during the Ottoman period.

Traditionally a pole of attraction, Bursa was a major center for refugees from various ethnic backgrounds and holds an immaculate heritage of Ottoman civil architecture. Spend time here exploring the Green Mosque, the Green Tomb, and the Grand Mosque; and shop for treasures at the Covered Bazaar and the Old Silk Market. Taste the world famous “Iskender Kebap” before returning to Istanbul at the end of the day.
Show More
Important Information
Departure Point
Istanbul hotels
Departure Time
7am
Duration
14h
Return Details
Istanbul hotels
Inclusions
Exclusions
Show More
Additional Info
Cancellation Policy
For a full refund, cancel at least 24 hours in advance of the start date of the experience.
1Review0Q&A

Write a review
Traveler rating
Traveler type
Time of year
Language
Selected filters
0irynas wrote a review Aug 2019
Lviv, Ukraine2 contributions
Cenk Akbostanci is a great guide
I have visited Istanbul with friends several times and wanted to see signature places and discover the culture. Ordered private guide tour which was lead by Cenk. He was great - very knowledgeable about the history. Even through our time was limited we saw everything we wanted…
Read more
Helpful
Share
About the operator

samhelmy12
32
Great tour of Istanbul
Had a very enjoyable and interesting tour with our guide Hakan Erkinay. I highly recommend him to take you around…
Read more

DougA554
Addis Ababa, Ethiopia
8124
Never again!
We booked an airport transfer through Expedia, prepaid. When we emerged from customs, no sign of our pick-up. …
Read more

arshad_d07
Istanbul, Turkey
11
Panoramic Tour of Istanbul and Bosphorous Cruise
Absolutely amazing day with the family. Imran, our guide has become an extended part of the family through his…
Read more

RashidPour
20
When in Istanbul, you better call Cenk!
i have had a chance to spend a full day Istanbul experience and i can not explain how Cenk made it so wonderful.…
Read more

RettepSnej
10
When in Rome,do as the Romans do. When in Istanbul, explore the city with Cenk Akbostanci as your trusted guide.
What Cenk doesn't know about the city and its people, is not worth mentioning. Cenk's command of English is…
Read more

yoko20082019
Tokyo Prefecture, Japan
20
Great tour guide Cenk "Jack" Akbostanci in Istanbul
I visited Istanbul for the first time in July 2019 and fell in love with the amazing city, thanks to my great tour…
Read more

Globetrottingcid
Kenya
156
Cenk Akbostanci - when a guide is like family
Cenk was highly recommended to me by a good friend. She was spot on. It felt like I spent 3 days with a friend…
Read more

travellingtheworld96
11
Knowledgeable and friendly guide (Cenk)!
We had an amazing private day tour of Istanbul with Cenk as our guide. We managed to pack in all of the major…
Read more

0irynas
Lviv, Ukraine
20
Cenk Akbostanci is a great guide
I have visited Istanbul with friends several times and wanted to see signature places and discover the culture.…
Read more

730orlyb
31
cenk "JACK" Akbostanci - Istanbul's best of the best tour guide
First time visiting Istanbul and because of CENK we fell in love with this amazing place. He was able to provide…
Read more 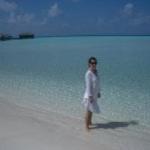 PennyKM
Sydney, Australia
80109
Look no further for a guide- Jake Cenk Akbostanci
Don’t bother looking further!!! Jake is the perfect Istanbul guide. From our hotel were lucky to be teamed up…
Read more mitchellei
Beirut, Lebanon
99
Thank you Cenk Akbostanci !!
Visited Istanbul with some friends and had the most amazing time thanks to our very knowledgeable, well-connected…
Read more