Tashkent to Samarkand - One Day Tour
By: Sayyah Uzbekistan 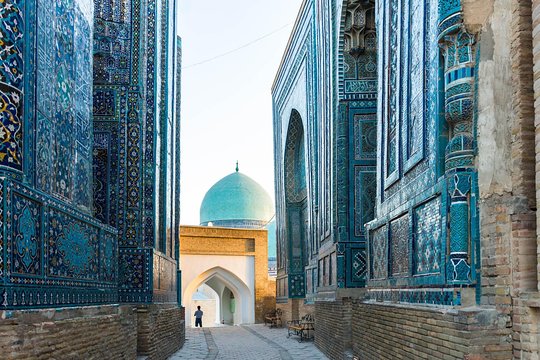 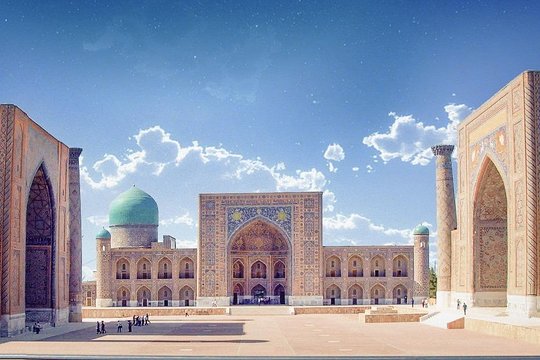 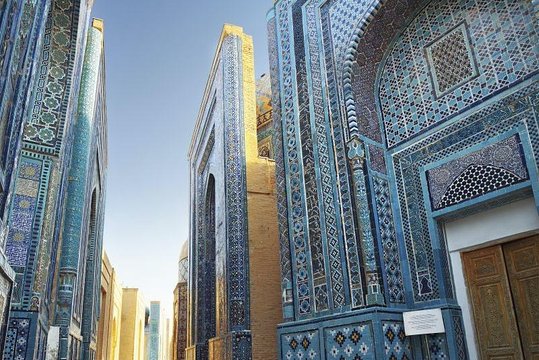 This product is unavailable to book via TripAdvisor. Contact the supplier for availability.
From
$100.00
Free Cancellation up to 24 hours in advance
Low Price GuaranteeNo Booking Fees
Overview
Samarkand is so beautiful and historical place in Uzbekistan
Samarkand is a very rich historical city and one of the historical cities of Uzbekistan.
What to Expect
Itinerary
This is a typical itinerary for this product

Our professional guide will wait you from railway station and start excursion you visit to Gur Emir Mausoleum The beautiful portal and trademark fluted azure dome of the Gur-e-Amir Mausoleum marks the final resting place of Timur (Tamerlane), along with two sons and two grandsons (including Ulugbek). It's a surprisingly modest building, largely because Timur was never expecting to be buried here.

You continue tour to Registan square The Registan, which translates to ‘Sandy Place’ in Tajik, was medieval Samarkand’s commercial centre and the plaza was probably a wall-to-wall bazaar. The three medressas have taken their knocks over the years courtesy of the frequent earthquakes that buffet the region; that they are still standing is a testament to the incredible craftsmanship of their builders.

Bibi Khanym mosque situated near of Registan square The enormous congregational Bibi-Khanym Mosque, northeast of the Registan, was financed from the spoils of Timur's invasion of India and must have been the jewel of his empire. Once one of the Islamic world’s biggest mosques (the cupola of the main mosque is 41m high and the pishtak or entrance portal, 38m), it pushed contemporary (14th century) construction techniques to the limit, so much so that the dome started crumbling even before construction had finished

Samarkand’s most moving and beloved site is this stunning avenue of mausoleums, which contains some of the richest tilework in the Muslim world. The name, which means ‘Tomb of the Living King’, refers to its original, innermost and holiest shrine – a complex of cool, quiet rooms around what is probably the grave of Qusam ibn-Abbas, who is said to have brought Islam to this area in the 7th century. The most stunning Timurid-era tilework dates from 14th and 15th centuries.

The remains of Ulugbek’s 15th-century observatory is one of the great archaeological finds of the 20th century. Ulugbek was probably more famous as an astronomer than as a ruler. His 30m quadrant, designed to observe star positions, was part of a three-storey observatory he built in the 1420s. All that remains now is the instrument’s huge curved track, unearthed in 1908.

Siab bazar is national bazar in Samarkand Siab Bazaar in Samarkand is still as impressive as it was many years ago. Its abundant produce and handicrafts is evidence of the natural wealth of Uzbekistan and its people’s talents and diligence

For dinner norin,do'lma,salad bread and tea