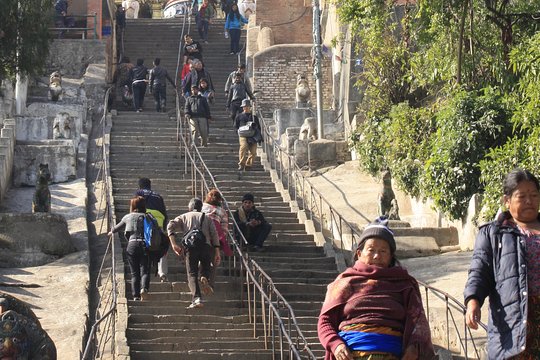 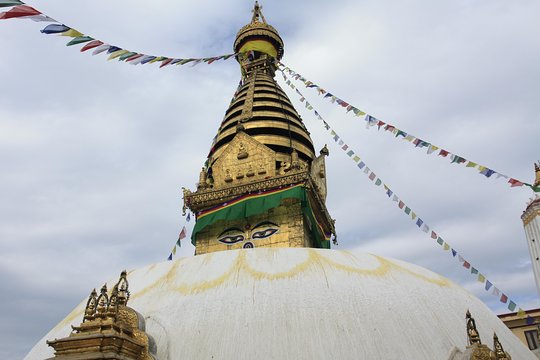 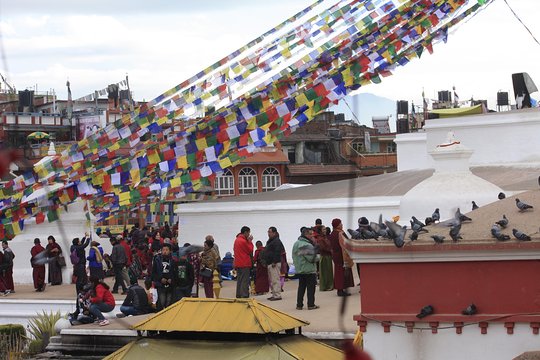 Select Date and Travelers
From
$100.00
per group (up to 2)
Date
2 travelers
Low Price GuaranteeNo Booking Fees
Overview
What to Expect
Itinerary
This is a typical itinerary for this product

Patan Durbar Squire’ which is one of the three archaic cities inside Kathmandu Valley but not in Kathmandu. Patan is known for its rich cultural ancient heritage and arts. Patan Durbar Square holds chowk crammed with temples including Krishna, Bhimsen Temple, Vishwanath Temple, and Taleju Bhawani Temple more history of 17-century-old histories.

Then we back to Kathmandu Valley to Pashupatinath Temple, one of the most sacred Hindu shrines across the world. Which allows the full details of Hindu Culture, religious and livelihoods.

Best and one of the oldest historical Buddist Temple in South Asia. As a last destination of the day, before head back to your hotel you will stop to visit Bouddhanath Stupa. Which is among the largest Stupas in South Asia and is heavily influenced by Tibetan Buddhism. That is the reason why Buddha Nath and surrounding is also called as ‘Little Tibet’.
Show More
Important Information
Departure Point
Traveler pickup is offered
Your hotel or preferable Destination in Kathmandu
Duration
6h 30m
Inclusions
Exclusions
Show More
Additional Info
Cancellation Policy
All sales are final and incur 100% cancellation penalties.

Jennywatson12
10
Absolute beaten path Upper Mustang trek
We recently completed the upper mustang trek with the Explore Manaslu team. And were disappointed to find when we…
Read more

ed_wot
10
Amazing 16 day Manaslu Circuit Trek
Myself and my partner had an amazing time with Explore Manaslu guide Mahendra. We were looked after from start to…
Read more

Jennyreeya
10
Must be done Ebc trek at least once thankyou Everest hiker team
We have done Everest base camp trek with Guide Paritosh from the Explore Manaslu team. I did the 12 days trek the…
Read more

christina208i
10
Best Company for Manaslu Trek Nepal.
We completed Manaslu trek in March 2019 with local expert guide. There are no words to explain about the…
Read more

Suzannatin
10
Great Manaslu trek with explore team
We did 13 days manaslu short trek. Trek was fantastic with their crew. All the lads did amazing job. We are really…
Read more

marksimmons2019
20
Highly recommend Explore Manaslu team for to anyone wanting to do trekking in Nepal
Explore Manaslu (Everest hiker team) provided us guide and porters for Ama Dablam expedition from Kathmandu. We…
Read more

Micheljohny
Paris, France
20
Great experience ever we had!
we friends cannot thank enough to Explore Manaslu team for one of the best treks and fun times we had! From the…
Read more

Nexus W
10
Recommend for hidden and manaslu valley trek
This is my first trek in Nepal with friends. We went to Manaslu circuit trek and we have the right choice to tour…
Read more

David S
101
TSUM VALLEY AND MANASLU CIRCUIT
We just returned from a month in Nepal, organized by Explore Manaslu. We trekked for 3 weeks in Manaslu and Tsum…
Read more

criahwhite
20
Recommendation for Higher manaslu circuit route. Excellent guys team!!!
We had an amazing time trekking the Tsum Valley and Manaslu circuit. Uttam did a great job in organizing the whole…
Read more

jackaus
10
Wounderful Everest hiker for chorla and ebc trek
Warm thanks to Explore Manaslu (EverestHiker). To make our Everest base camp to memorable. We had a pleasure of…
Read more