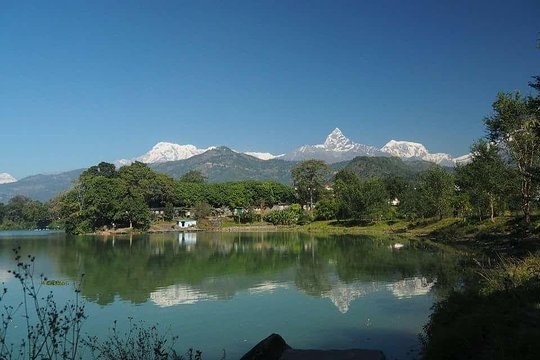 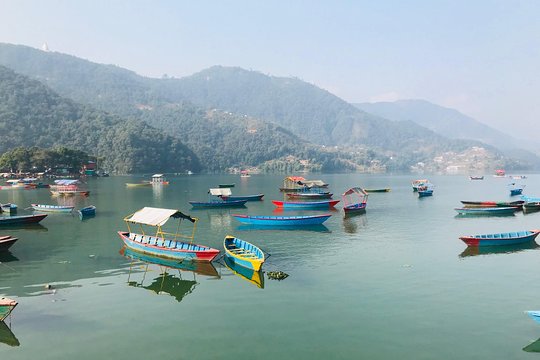 Phewa Lake, the second largest lake in the country, is the center of all attraction in Pokhara. It is the largest and most enchanting of the three lakes that add to the resplendence of Pokhara. Here, one can sail or row a hired boat across the lake to visit the island temple in its middle

The Barahi temple is the most important monument in Pokhara; Built almost in the center of Phewa Lake, this two-storied pagoda is dedicated to the boar manifestation of Ajima, the protector deity representing the female force Shakti. Devotees can be seen, especially on Saturdays, carrying male animals and fowl across the lake to be sacrificed to the deity.

Sarangkot is the highest point on the Pokhara valley rim. It is located at altitude is 1592m above sea level. This place provides the best view of Pokhara Valley, Phewa Lake and beyond to the main spine of the Annapurna ranges (Annapurna South 7195, Annapurna I 7647, Machhapuchure 6997, Annapurna III 7555, Annapurna II 7937, Annapurna IV 7525, Lamjung Himal 6986.)

opportunity of viewing the gharial crocodiles as well as the mugger

habits of elephant. Here one may witness the rare scene of the elephants at bath.

One of the Representative from Himalayan Sanctuary Adventure will be waiting you outside the international terminal gate holding your name.

The Kathmandu valley comprises the three ancient Royal cities of Patan, Bhaktapur and Kathmandu having their own palaces and ornate palace squares each listed as World Heritage sites. There are cobbled lanes of the palace squares with a fascinating maze of temples, shrines, market places and the life revolving around . we will visit world heritage site such as Pasupatinath Temple ,Boudhanath Stupa ,Swyambhunath Stupa and Patan Darbar Squere.

Day 07 :Drive from Chitwan to  Kathmandu

Day 08: Departure (B)
Show More
Important Information
Departure Point
Traveler pickup is offered
One of the representative from Himalayan Sanctuary Adventure will be waiting you outside the international airport terminal gate holding your name and transfer you to the hotel.

colliardh
Nice, France
20
Greetings to Himalayan Sanctuary
The timing, organisation with guide and selection of guest house and tea house were perfect. Tsum valley is at the…
Read more

jennas404
Bali
30
A highlight of my trip to Nepal.
As someone who really loves mountains, I knew I had to do this Mount Everest Flight. Everything was made super…
Read more 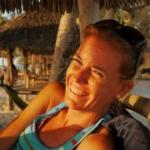 loesfransen
Eindhoven, The Netherlands
51
Great experience
Definately a wonderful daytrip with a great guide. Good service beforehand and all questipns were answered. Will…
Read more

Tony S
Basingstoke, United Kingdom
5817
Fantastic day out and extremely well looked after
We had a lovely time, and the communications from the company what we arranged it through made sure we knew…
Read more 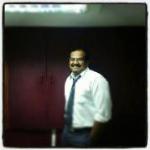 Renil1983
Malaysia
106
I didn’t climb Mt Everest..but I touched it with my heart
Excellent view of Everest..Can have a view from cockpit as well and click pics..Enjoyed this awesome…
Read more

Kelsey W
10
BEST TRIP EVER!
My husband travel all over the world and we both agree that this trip was the best one we have been on. We chose…
Read more

Jenifer C
10
#1 out of the 4 countries visited on our vacation.
We traveled to Thailand and then spent 7 days in Nepal, just not enough time to explore the country. Our tour…
Read more

verpas2016
Dornbirn, Austria
20
Great cut through Nepali culture and landscape
We are a couple and stayed in Nepal for roughly 7 weeks in total as we were volunteering in a school in Kathmandu.…
Read more

석우 홍
10
Touched once by scenic view and twice by excellent services.
Firstly, I want to say thank you to Himalayan Sanctuary Adventure company team members. They were accommodating,…
Read more 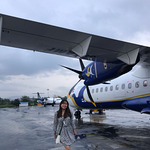 903yiqingl
Suwon, South Korea
10
Everything is excellent!
I am so glad we booked our trip with this company, the service is amazing! From transportation, food to…
Read more

Albertonos
Milan, Italy
10
Poon Hill
The trekking was very exciting and very well organized. Everything was perfect and Bishnu and the guide were…
Read more