Save
Share
Overview
Itinerary
+
–
You'll start at
151 Kapahulu Ave
151 Kapahulu Ave, Honolulu, HI 96815, USATour starts near the front of the Honolulu Zoo in Waikiki. The zoo is conveniently located in Kapiolani Park, just across the street from the beach on the southern (Diamond Head) side of Waikiki. Look for us in front of the Honolulu Zoo under the massive banyan trees!
See address & details
You'll return to the starting point
Highlights
Important Information
Departure Point
151 Kapahulu Ave, Honolulu, HI 96815, USA
Duration
2h 15m
Return Details
Returns to original departure point
Inclusions
Exclusions
Show More
Additional Info
Cancellation Policy
For a full refund, cancel at least 24 hours in advance of the start date of the experience.
4Reviews1Q&A

marknexus l
London, United Kingdom
2328
A lot packed into a few hours
Very professional in every aspect A great way to see Waikiki A real must for the adventurous traveller
Read more

SueTM2020
10
Fun, unique way to see Waikiki
Our guide Steve was great getting the four of us newbies used to the hoverboard safety and riding info. Very easy…
Read more

C4888JRianw
Koo-Wee-Rup, Australia
112
Easy riders.
How much fun are these things. Thanks Steve from Hawaii Hoverboarding Tours for a fun and informative tour and…
Read more

Todd B
Tampa, Florida
104
Great tour and guide
I love these kinds of tours because it gives a good, general over view of the area, and with a good guide, some…
Read more

traceyoloughlin
10
Awesome
Steve is very patient and such a lovely man! Best way to see the island! Highly recommend! Would do it again.
Read more

skorea777
10
Hoverboardjng tour
It was such a great experience! Contents prepared by the instructor were well preopared and fun to follow. I’d…
Read more

darjen_smallman
Victoria, Australia
40
Best hover board tour
Our guide was great, lots of area information, time for a drink & snack which was supplied. Great fun. Would…
Read more

Jeff N T
10
A must do!
We highly recommend this tour. This was our 1st time on a tour like this and we had the best time. It is such a…
Read more

karenhef
Griffith, Australia
21
A MUST DO...
This Hoverboarding Tour was one of the top highlights of our Hawaiian Stay. We were a party of 5 with 3 of us…
Read more

Alan W
10
Hawaii Hooverboarding Aloha Tour was Awesome
The day of our scheduled tour was raining with no break in sight. Steve called and offered to reschedule for the…
Read more 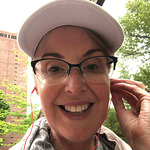 Ronni68
Canberra, Australia
28086
Tour with a difference
A birthday surprise for me, friends took me on this tour on our first day in Hawaii. We were lucky to just have…
Read more

807keelyb
84
See places you wouldn’t have seen by yourself!
We took the ‘Aloha’ tour which was loads of history and information about Hawaiian flora & fauna. Steve is super…
Read more