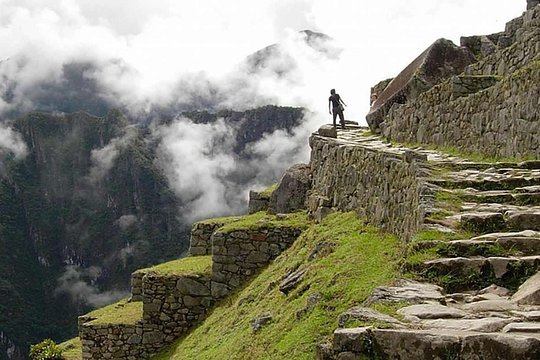 The Inca trail begins in Cusco with a nice breakfast from where you will then head to the start point of the trail (82km). There, you will begin the journey, warming up on a relatively flat part of the trail. After two hours, you will reach the first archaeological center of Patallacta. After lunch, you will continue ascending to a semi-tropical valley for two hours until arriving at our camp, Huayllabamba, where you will spend the night.

After an early breakfast, you will start hiking and passing through different climatic and ecological zones. You will ascend to Warmiwañusca. Thereafter, you will arrive at the highest point, known to some as the Dead Woman’s Pass. After resting you will descend towards the second camp at Pacaymayu.

You will climb steeply up the opposite side of the valley, towards the second pass. About halfway up a small, round, roofless Inca construction is located. This Incan monument is known as Runkuracay, a building known as an astrological site and a sort of checkpoint for couriers following the trail to Machu Picchu. The tour leads you further on the trail which contains the exact same stones which were presented when the Incas walked the trail. The trail after the pass leads to a second, larger Inca site, Sayacmarca (“Town in a Steep Place”). You will also see an aqueduct, which once carried water to the farmlands. After touring Sayacmarca, you  will descend to the bottom of the valley. After lunch, you continue climbing and hiking towards the third pass and enjoy the third Incan site, Phuyupatamarca (“Cloud-level Town”). You will learn about the ritual functions that the Incas used this site for. Here you will see water springs that the Incas used before they reached Machu Picchu. There after you will reach another site, Huiñayhuaina (“Forever Young”). At this site, you will enjoy dinner and settle for the night.

On the last day of your adventure, you will wake up early and follow a wide, relatively flat path. After about an hour and a half, you will climb a narrow path of stone steps leading to Intipunko, the Sun Gate. After three and a half days of trekking and struggling, you will look through the rectangular doorway of the sun gate and finally take the first views of the lost city of the Incas and one of the Seven Wonders of the World, Machu Picchu. From there, you will descend into Machu Picchu. There your guide will give a thorough three-hour tour through the ruins. After the guided tour, you will have time for yourself to explore the city before taking the bus to Aguas Calientes from where you will return to Cusco.
Show More
Important Information
Departure Point
Cusco hotels
Departure Time
6:00 AM
Duration
4 days
Return Details
Returns to original departure point
Inclusions
Exclusions
Show More
Additional Info
Cancellation Policy
All sales are final and incur 100% cancellation penalties.
1Review1Q&A

Write a review
Traveler rating
Traveler type
Time of year
Language
Selected filters
gvallin wrote a review Dec 2017
Evergreen, Colorado1 contribution
why you should choose cusco native
We did this trip in July of 2017 and it was remarkable. Don't miss the Inca Trail. Machu Picchu is fantastic, but the Inca Trail is the real deal. Cusco Native allowed us to not worry about anything other than showing up. They did the rest. Renato is great and our tour…
Read more
Date of experience: July 2017
Helpful
Share
About the operator

MarcusDam
Los Angeles, California
20
Excellent tour with a tremendous guide
When deciding our trip to Peru and Machu Picchu, we came across Native Cusco and our guide, Renato. We didn't know…
Read more

cindybade
44
So so tour
I enjoyed the visit to the Pisac ruins but we didn’t have much time to visit. I felt the tour was rushed and we…
Read more

daggius
Appiano sulla Strada del Vino, Italy
110
Marvellous Inca sites
The Sacred Valley is definitely a place to visit. Our guide Renato did his best to convey the spirit of the Inca…
Read more

E5799BGjamesc
Ollantaytambo, Peru
32
Great guy but unexpected expenses
Guide was very knowledgable. Pick up was on time. Thought was overpriced for what was offered, given only 2 sites…
Read more 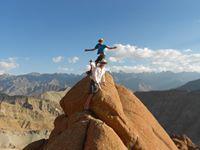 268harrys
Norwich, United Kingdom
214
Fantastic guide! But watch out for extra costs.
A lovely day out, visiting the awesome ruins in Pisac and Olytayambo, with a great guide who was fluent in English…
Read more

stahnic
30
Great tour, excellent way to see Machu Picchu!
Cusco Native was an excellent option for touring Machu Picchu. The company helped us through every step of the…
Read more 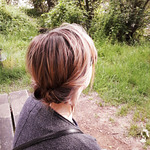 DonH999
The Woodlands, Texas, USA
32
Ausangate Trek with Cusco Native
For a quick summary, the Ausangate Trek is physically demanding for a well prepared group. Renato and Cusco…
Read more

jseamans
The Woodlands, Texas
10
Seven day trek around Ausengate peak!
The Cusco Native team did a great job supporting our group of 8 backpackers! Meals were surprisingly good for a…
Read more 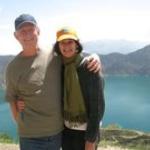 ckelleher9
Dallas, Texas
158
Do not hestitate to choose Cusco Native
A group of 8 of us used Cusco Native for our 6 night 7 day Ausangate Trek. Renato our guide and his wonderful…
Read more