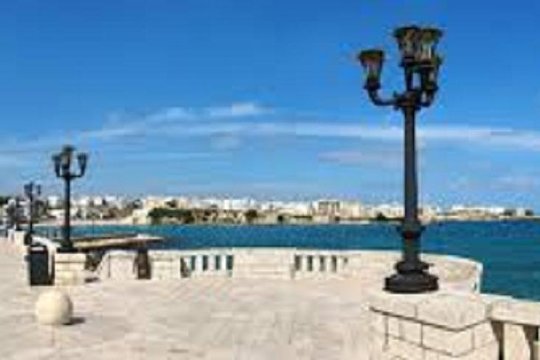 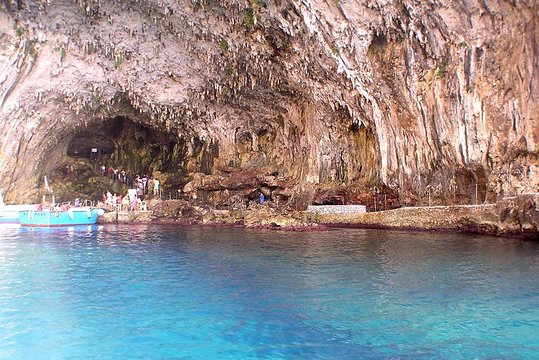 Select Date and Travelers
From
$359.08
Date
2 travelers
Options
Select tour language
Free Cancellation up to 24 hours in advance
Low Price Guarantee
No Booking Fees
Overview
What to Expect
Discover the heel of Italy’s boot, the so-called Salento with its white sandy beaches situated between Ionian and Adriatic coasts and a crystal clear sea similar to the Maldives ones. Here you will find Lecce, called Florence of the South because of its Baroque architecture that characterize all the palaces, churches and squares of the city. The itinerary continue along the Adriatic cost to the south with a stop in Otranto with its Romanesque architecture and then at the Zinzulusa cave, one of the most interesting and famous karst cave in Apulia. The tour ends in Gallipoli, on the Ionian coast, appreciated not only for its beautiful beaches, entertainment and nightlife but also for its baroque city centre.
Show More
Important Information
Departure Point
Your Accomodation
Duration
6 days
Inclusions
Exclusions
Show More
Additional Info
Cancellation Policy
For a full refund, cancel at least 24 hours in advance of the start date of the experience.

By: In Puglia con Blanco
1 review

K6638QEvincentp
Sliema, Malta
264
A new experience
Puglia, was a region i had never visited. Normally visitors stay overnight but we decided to make it our base and…
Read more
Key Details
Why Book on TripAdvisor?
More options from In Puglia con Blanco
See all
Mozzarella Making Experience
from $17.95*
Discovering Noci with Panzerotto...
from $84.16*
Wine Tasting
from $22.44*
Minitour of Apulia
from $885.35*
Cooking Classes(13)
See all
Traditional Home Cooking Experience...
53 Reviews
from $84.16*
Share your Pasta Love: Small group...
from $111.09*
Pasta cooking class and Wine tasting...
7 Reviews
from $70.69*
Likely To Sell Out
The art of the Italian Aperitivo with...
from $117.82*
Walking Tours(46)
See all
Street Food Tour of Lecce & City...
36 Reviews
from $35.91*
Entrance ticket to the museum with...
12 Reviews
from $28.05*
Jewish Walking Tour
11 Reviews
from $42.64*
Lecce. Journey to discover a charming...
5 Reviews
from $39.27*
Shop Tickets And Tours(148)
Shop Now
Cultural & Theme Tours
Private & Custom Tours
Food, Wine & Nightlife
Walking & Biking Tours
Tours & Sightseeing
Day Trips & Excursions