Discover the Religious Heritage of Apokoronas
By: MTM D.M.C Ltd

luisamikheal
Melbourne, Australia
71
Lovely relaxing
I enjoyed the Vouliagmeni Lake I stayed for 3 hours as agreed with my driver, Elvis was very punctual, so polite…
Read more

Andrew M
10
Athens Airport Shuttle - Beware
We (2 people) paid 45 Swiss Francs (= 45 US dollars) for this service but didn't use it. What I didn't notice in…
Read more

Jeff W
20
Day Trip Rhodes to Marmaris on Ferry
We booked and paid for the trip prior to our departure from the UK to Rhodes. The booking included a pick up and…
Read more 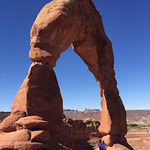 Deborahjune
Toronto, Canada
570211
Excellent Tour
Michael, our guide, was a wonderful host. He has a great knowledge of the island and of all the important sites. …
Read more

Travel196096
10
Most expensive taxi in Athens SCAM
MTMDMC ltd is a SCAM and Tripadvisor let themselves down by association. Of course, I didn’t read the small print.…
Read more

InSearchOfTravels
Norfolk, United Kingdom
30
Everyone being sick everywhere
The boat itself was lovely however everyone including my husband was being severely sea sick. The ocean was very…
Read more

AJFshols
County Durham, United Kingdom
10
Skopelos
We were staying in Palio Klima so hired a car and did our own tour of the Mama Mia sites. We climbed the 199 steps…
Read more

Rick S
20
Interesting
If you like history and ancient ruins, lots of ruins, then this is trip for you. The half hour boat ride over and…
Read more

Relax620347
51
Good tour
This tour was good, it provides transport around the island to see some major sights ie. windmills, monastery…
Read more

Marius P
Oslo, Norway
744133
Airport transfer
Used this airport transfer for my wife and her friends when they arrived in Athens. Even with delay it went smooth.
Read more

Manuela L
Luxembourg City, Luxembourg
71962453
L'Agora / Kos
L'Agora / Kos is the (Forum) of the constructions of the ancient city of Kos; and was long about 162 m and large…
Read more

Joan M
10
Bus trip around naxos
Great trip with excellent guide and driver. Really got to experience the island and heard so many interesting…
Read more 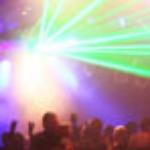 vickiem1959
Atlanta, Georgia
20
Mykonos Town & Island Tour
It was one of the best of my excursions! The guide set the tone. She was knowledgeable, passionate and very…
Read more