Save
Share
Overview
Highlights
What to Expect
In the 19th century Sintra became the first centre of European Romantic architecture. Ferdinand II turned a ruined monastery into a castle where this new sensitivity was displayed in the use of Gothic, Egyptian, Moorish and Renaissance elements and in the creation of a park blending local and exotic species of trees. Other fine dwellings, built along the same lines in the surrounding serra , created a unique combination of parks and gardens which influenced the development of landscape architecture throughout Europe.

Sintra is simply a must, if you are in the area of Lisbon! The old Moorish city, which was recaptured in 1147 by the Portuguese King Alfons 1, has been the summer residence of the Portuguese kings and the aristocracy for more than 600 years. Today Sintra is a popular tourist spot, surely not least because of its mild humid climate and its picturesque location at the foot of the small coastal mountains Sierra de Sintra that rise sharply above the city. The main attraction, however, are its historical sights.

The landmark of Sintra is the National Palace (Palacio Nacional), with its huge, conic, white twin chimneys, which rise above the large palace kitchen, and are visible from quite a distance.  It is one of the most important examples of regal architecture in Portugal and for that reason is classified as a National Monument.

The palace was continuously inhabited as a royal summer residence from the 14th to the 20th c.  It is a conglomerate of different architectural styles. Elaborate wood carved ceilings, which arch over the rooms and marvellous wall decoration with ceramic tiles from the 15th/16th centuries, the Azulejos,, bear witness to the Arabic influence.  The tiles were manufactured in Seville and it is the oldest and most extensive collection on the Iberian Peninsula.

Begin your day tour with a pick up at you hotel at 9AM.

After a day full of sightseeing, we return back to your hotel at 6PM
Show More
Important Information
Departure Point
Traveler pickup is offered
This is a Private Tour and we provide free and flexible pick-up and drop-off from your located accommodations.

Please provide your Hotel / Address for the Pick-up

Write a review
Traveler rating
Traveler type
Time of year
Language
Selected filters
Popular mentions
Preston Y wrote a review Mar 2019
2 contributions1 helpful vote
Private Custom Day Trip -- Sintra
While in Lisbon last week, we knew we wanted to see Sintra and a few beaches during our trip. We searched dozens of sites, companies, etc. looking for the exact trip we wanted that would be within our budget. After days of looking, I decided to reach out to Knight Riders to…
Read more
Date of experience: March 2019
Helpful
Share
Escape240373 wrote a review Dec 2018
1 contribution1 helpful vote
Sintra Day Tour
Ruben was by far one of the best tour guides. He was very knowledgeable about all the history and went out of his way to ensure that we saw everything we wanted to in the short period of time we had. Thank you for everything! I would highly recommend Ruban if you ever require…
Read more
1 Helpful vote
Helpful
Share
SaritaP93 wrote a review Sep 2018
Las Vegas, Nevada21 contributions6 helpful votes
Private Sintra tour (close to a full day)
I started researching a day before my flight to Lisbon on half day Sintra tours. Due to my limited availability and inflexibility in my schedule I was looking for a quick half day tour to Sintra. I found a couple of tours but the minimum to book them was 2 travelers and they…
Read more
2 Helpful votes
Helpful
Share
NALAR wrote a review Mar 2018
Boston, Massachusetts11 contributions3 helpful votes
Great Sintra Tour
Jose was great. My husband and I went with my 79 year old parents. Although the weather didn’t cooperate at times Jose was prompt, and explained things well. He was flexible and full of information. His van was clean. He took us to a great old school restaurant out of town…
Read more
1 Helpful vote
Helpful
Share
About the operator

Browneyedgrlbex
21
Great day
Had a wonderful day trip with Hugo! He was very friendly, and shared with us a great deal of history about the…
Read more

nmcdon321
West Springfield, Massachusetts
92
Very informative
Hugo was our guide and was very informative to the city of Porto! The drive to Porto was 3 hours long so it was a…
Read more

Cliff R
32
Great personal tour
Phillip totally made the trip! He had so much knowledge about everything in the area. For lunch we asked him to…
Read more

Toly V
21
Very unprofessional
I booked this tour more than 2 month ago and contacted tour provider around 6 p.m. night before to make sure all…
Read more

Nietz21
New York City, New York
84
A great way to see Porto from Lisbon
We had a short amount of time in Portugal and were fortunate to come across this tour by Knight Riders. If you…
Read more

Rosalind C
Brisbane, Australia
3210
Best day trip
We went with Feeling Berlengas who were excellent. We walked to fort and then went on glass bottom boat for a view…
Read more

SonijaU
10
Private 8 hour tour from lisbon to nazare
Pickup and dropoff at the hotel was fantastic. From the very outset my guide Hugo was friendly knowledgeable warm…
Read more 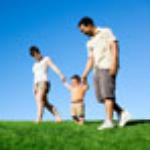 Rosalita F
84
An awesome way to spend a day in Porto
We booked this September tour in July. We did not know what to expect. We just know that we wanted to see Porto.…
Read more

clamagat
Manila, Philippines
21
Day trip to Porto
We had a private tour for 2 persons in Lisbon with Philippe as our driver. He was very informative and…
Read more

Laser55
Orlando, Florida
1814
Hugo was a fantastic tour guide!
Our tour guide, Hugo, had to walk up the hill to our hotel because cars aren't allowed on the street but he was…
Read more BJesus11
Los Angeles, California
4110
A definite must!!
The host was great. Philippe was very knowledgeable and friendly. He showed us a lot of great sights and tailored…
Read more

DadofAMT
Chicago, Illinois
4618
Awesome day with Philipp in Porto
We are a family of 5 with three adult offspring ranging in ages from 21-26. We all loved our day trip to Porto…
Read more

felix132
Toronto, Canada
43
A Beautiful Adventure
We had a great tour of the Portuguese coast, Lagos was beautiful, and this trip gave us a real appreciation for…
Read more