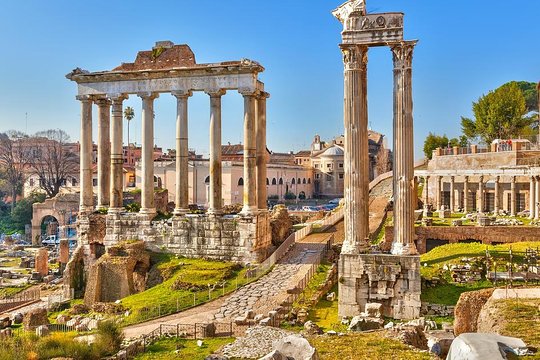 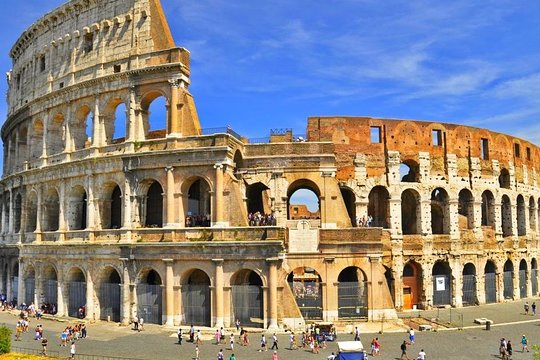 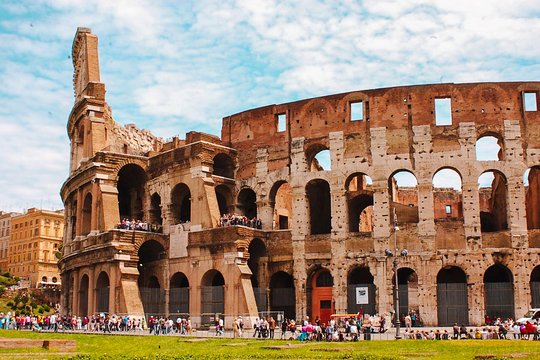 This product is unavailable to book via TripAdvisor. Contact the supplier for availability.
From
$66.59
Free Cancellation up to 24 hours in advance
Low Price GuaranteeNo Booking Fees
Overview
Short on time in Rome? No worries, this combo ticket will save you time with priority entrance to some of the city's best attractions.

Get into the Colosseum, Palatine Hill, and Roman Forum in central Rome through the fast track entrance with a combined package. Enjoy a hassle-free experience at your own pace. Marvel at the remains of some of the greatest monuments of the Roman Republic.

- Valid for 2 days (consecutive)
- Check availability to see starting times.
- Skip the ticket line
- Printed or mobile voucher accepted
- Instant confirmation
- Wheelchair accessible
What to Expect
Itinerary
This is a typical itinerary for this product

Skip the long queue for the ticket line and go straight to the fast track entrance for security checks. After entering the Colosseum at your allotted time, relive the stories of emperors and gladiators. Begun under the emperor Vespasian in 72 AD, and completed by his son Titus in 80 AD, the Colosseum was the largest amphitheatre ever built.

The Colosseum or Coliseum, also known as the Flavian Amphitheatre, is an oval amphitheatre in the centre of the city of Rome, Italy. Built of travertine limestone, tuff, and brick-faced concrete, it was the largest amphitheatre ever built at the time and held 50,000 spectators.

Your ticket also includes one entry to the Palatine Hill, a must-see sight for all those visiting the “Eternal City.” According to ancient tradition, this is the spot where Rome was born. Look down at the ruins of temples in the Imperial Forum, centre of all political, social, and economic life in the city during the Roman Republic.

The Palatine Hill, which is the centremost of the Seven Hills of Rome, is one of the most ancient parts of the city and has been called "the first nucleus of the Roman Empire." It stands 40 metres above the Roman Forum, looking down upon it on one side, and upon the Circus Maximus on the other.

Nearby, you’ll explore the ruins of the Roman Forum, the heart of Ancient Rome and public life. From temples, markets and political life, everything was to be found here.

The Roman Forum, also known by its Latin name Forum Romanum, is a rectangular forum surrounded by the ruins of several important ancient government buildings at the center of the city of Rome. Citizens of the ancient city referred to this space, originally a marketplace, as the Forum Magnum, or simply the Forum.

RiverStart
Malvern, Australia
232
Skip the ticket queue and queue for each section
We bought skip the queue for the Louvre before we arrived in Paris. On arrival at the 99 Rue de rivoli there was…
Read more

Lisa M
Ponce, Puerto Rico
182
Lisa Escobales
We took a audio guided tour. Its was ok, but if you really want enjoy and learn about all the paintings and…
Read more

Lisa M
Ponce, Puerto Rico
182
Mira Escobales
Nice View. But if you did the 🗼 with the rooftop, don't waste money in the Arc of Triomph Rooftop..
Read more 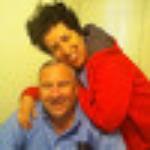 yoelNesson
Jerusalem, Israel
161
Rushed but the ‘Lady’ waited
The Louvre is a very awe inspiring museum with works of art that would take years for any art lover to view and…
Read more

Brownstephenr
Atlanta, Georgia
3312
Nice tour
In November, I don’t think the lines are too long anyway, but this tour met on time at Parc Guell, spent an hour…
Read more

teacupuppy
20
Amazing Art!
Absolutely loved the museum and it’s collections! The only waiting we had to do is in the security queue. A must…
Read more