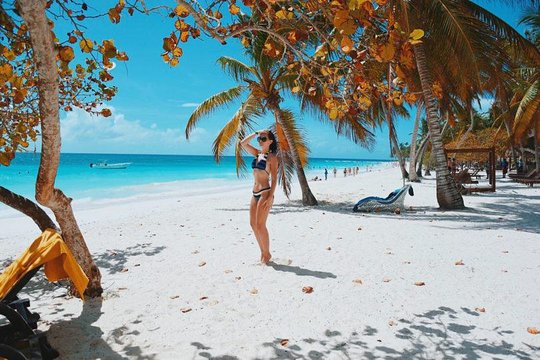 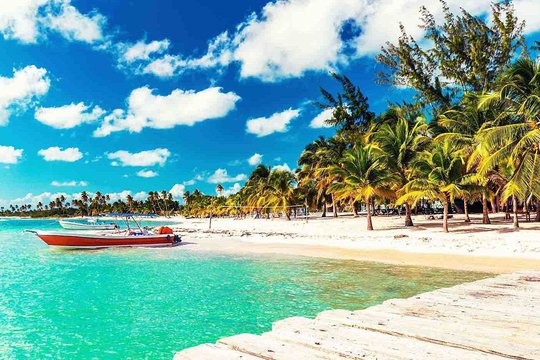 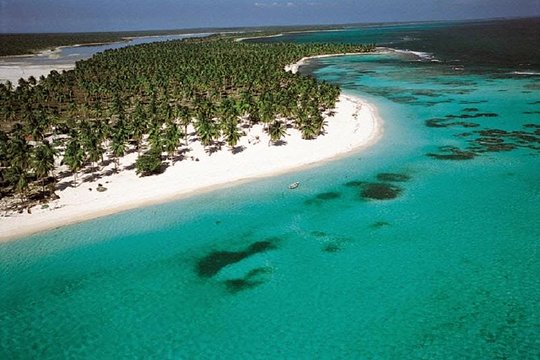 Operates: Starting at 7:15 am, your tour guide will show up at the lobby or location of your hotel, where you will pleasantly board the bus for your excursion, where you will receive a brief instruction about the routine that will begin on the way, where the guide will explain For each story about the Dominican culture during the journey to bayahibe, and arriving at the beach, a speedboat with a capacity of 25 people already organized by the tour leader would be waiting for us, where we will begin the speed crossing along the hotel coast of Dominicus beach and eastern national park. After 15 minutes we will take a short stop by the natural pool, which is certainly called palmilla (beach in the middle of the sea). where we will submerge in these crystalline water. And we will take reminder photos with the stars of the sea, which is at the bottom of this area and protected by visitors, During that 20 minutes we will also enjoy toast of mamajuana, cuba libre (Rum with Coca Cola) and mineral water. But then we will visit the mangroves (Shelter of small fish so as not to be eaten by the big ones. Also the sanctuary of fish near the marina of the island. Until we reach the coast of the Saona Island. Where an Open Bar of National Drinks awaits us You can enjoy the beach, Sport on the beach, Take a walk and interact with the staff and enjoy the contagious Caribbean music At noon We will enjoy the Buffet Lunch of Chicken and BBQ chop, Steamed Fish, Potato Salad, Salad Green, Pasta in Lobster Sauce, Bread, Spring Rice, Fruits and Vegetables and more .. After 3 hours and 30 minutes on Saona Island, we will depart from the island to make a cruise on the high seas aboard a Catamaran with capacity for 65 people, performing a party cruise to the rhythm of music and dance, with an open bar beer, rum, cuba libre where it also has a resting place in floating nets, sea for 45 minutes of a total maritime gozen. Already arriving at the beach of bayahibe we will board our bus with destinations back to our destination begins. But not Before making a short stop at a typical sourveniles store where you can buy handicraft and reminder of your visit to our country.

Show More
Important Information
Departure Point
You may start this tour at any of the stops listed.
Departure Time
7:15 AM
Duration
9h
Return Details
You may disembark at any of the available stops.
Inclusions
Show More
Additional Info
Cancellation Policy
For a full refund, cancel at least 24 hours in advance of the start date of the experience.